The last cd you bought

Klazu wrote:...but I'm planning to buy Heroes of Might and Magic V this month!

http://www.mightandmagic.com/uk/ wrote:Ubisoft is making sure that the game meets the high standards that Might and Magic fans expect while thoroughly analysing the results of the beta testing. In order to guarantee a consistent level of quality for Heroes of Might and Magic V and lay the groundwork for future titles under the Might and Magic brand, Ubisoft has decided to release the game during Q2 of 2006 calendar year (Q1 2006/2007 fiscal year).

I'am waiting eagerly too this game.

"The difference between fiction and reality? Fiction has to make sense." - Tom Clancy
My stats
Top 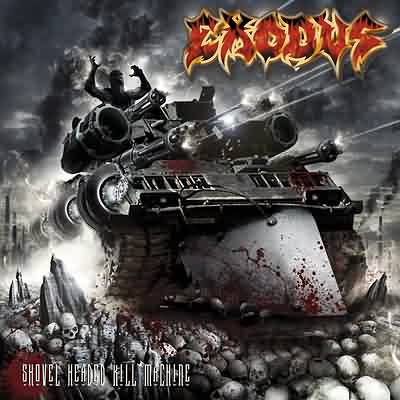 Falconer "Chapters From a Vale Forlorn"

Falconer "The Sceptre of Deception"

for my daughter
"Luultavasti myrskyjä on vain siksi, että niiden jälkeen saataisiin auringonnousu", Muumipappa
"Storms probably exist only to be able to have sunrise after them", Moomin
Visit My Forest
Top

I also read that the game will be delayed. I hope it's worth waiting. I have played III and IV for years and they still can get me play for hours! I also hope the new V will run on some of my computers. The graphics look so nice...

I'm going to buy this game from a store since I want to support good gamehouses. I also buy from time to time some adventure games.
Living away from Euro zone in the beautiful Vancouver, Canada since January 2012. Experiences and stories of living in here can be found in here (in Finnish).
Top

These CDs I bought last friday:

Today I bought:
HIM - Dark Light

I bought the new "flikken" CD for my girlfriend because she likes the song Kalima kadara from Lais.
www.kaagent.be
Top

I felt totally in love with the movie about Johnny Cash (Walk the line), played by Joaquin Phoenix. June Cartner, his wife played by Reese Whitherspoon won an Oscar for best woman. The songs are so great that I bought the cd immediatly. Right now I have seen the movie twice and can't wait to see it again, or buy the DVD.

Main organiser of EBTM06: Amsterdam and national meetings in Zwolle and Leiden.
Have you been to Holland? Join the Bingo
Top

The Subways - All Or Nothing. After streetteaming for this with stickers that look exactly like the cd cover I can't see the cover anymore, but the cd itself rocks! It's really full of happy energetic music. I don't understand why many stupid british bands get very famous, and this band gets not. 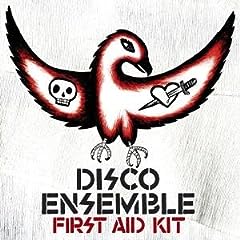 Disco Ensemble - FIrst Aid Kit. One of my favourite albums ever, I wanted to have it already for like 2 years, but sunday at their concert I finally got the opportunity to buy it, and to talk finnish for the first time in my life. That was great. But this album is a really good rock album, I like every song on it. I like First Aid Kit better, this is louder, and some songs are like really loud, I have to be in the mood for this. But still it has really great songs on it. I haven't listened the whole cd yet, but as far as I listened it, it's a bit apart music, it's alternative rock, with some parts of hardrock in it, but as well more beautiful parts..I think it's a mix of Disco Ensemble and Poets of the Fall. I like it, and the lyrics are really good.
www.freewebs.com/beatsteaks
Top