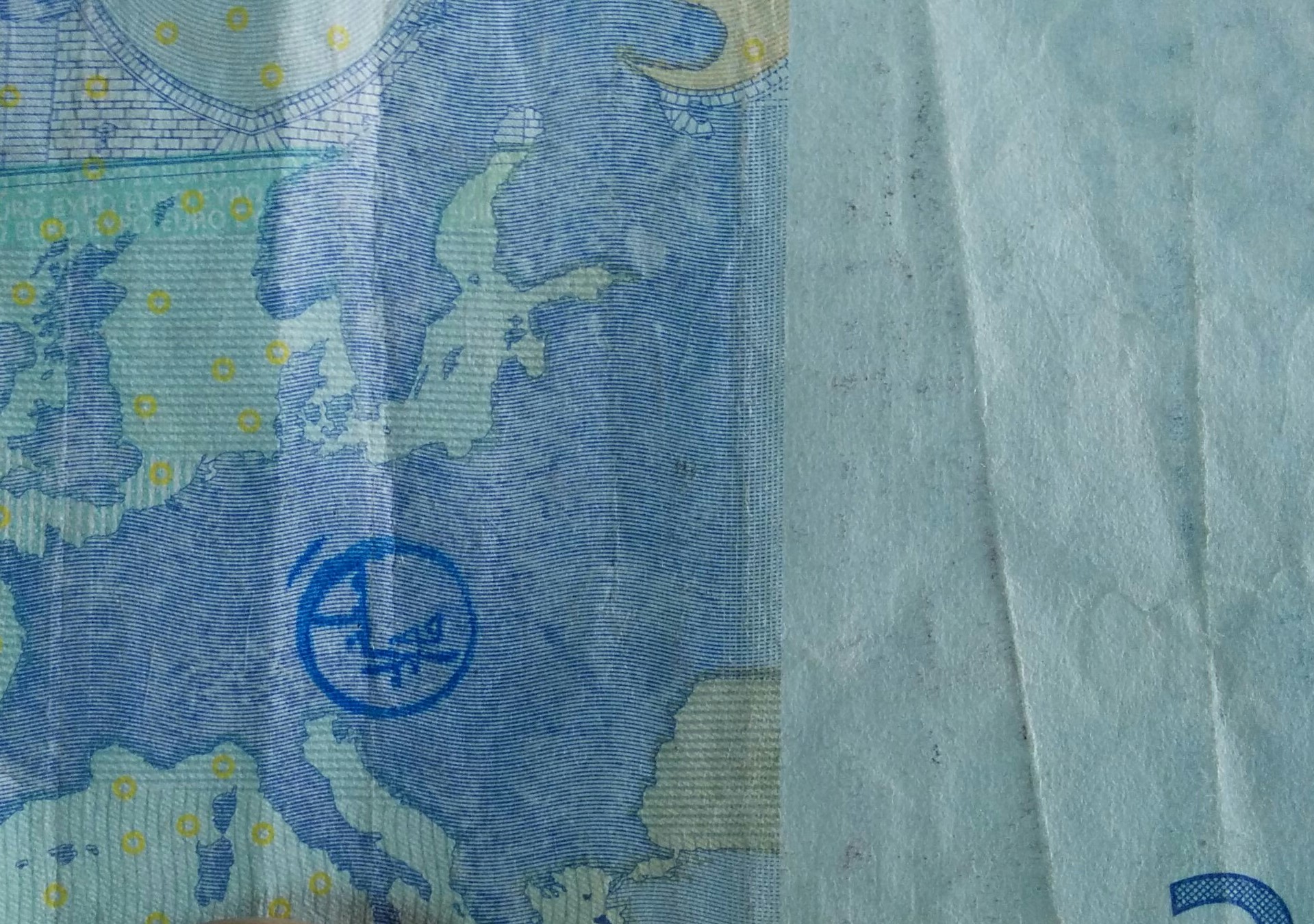 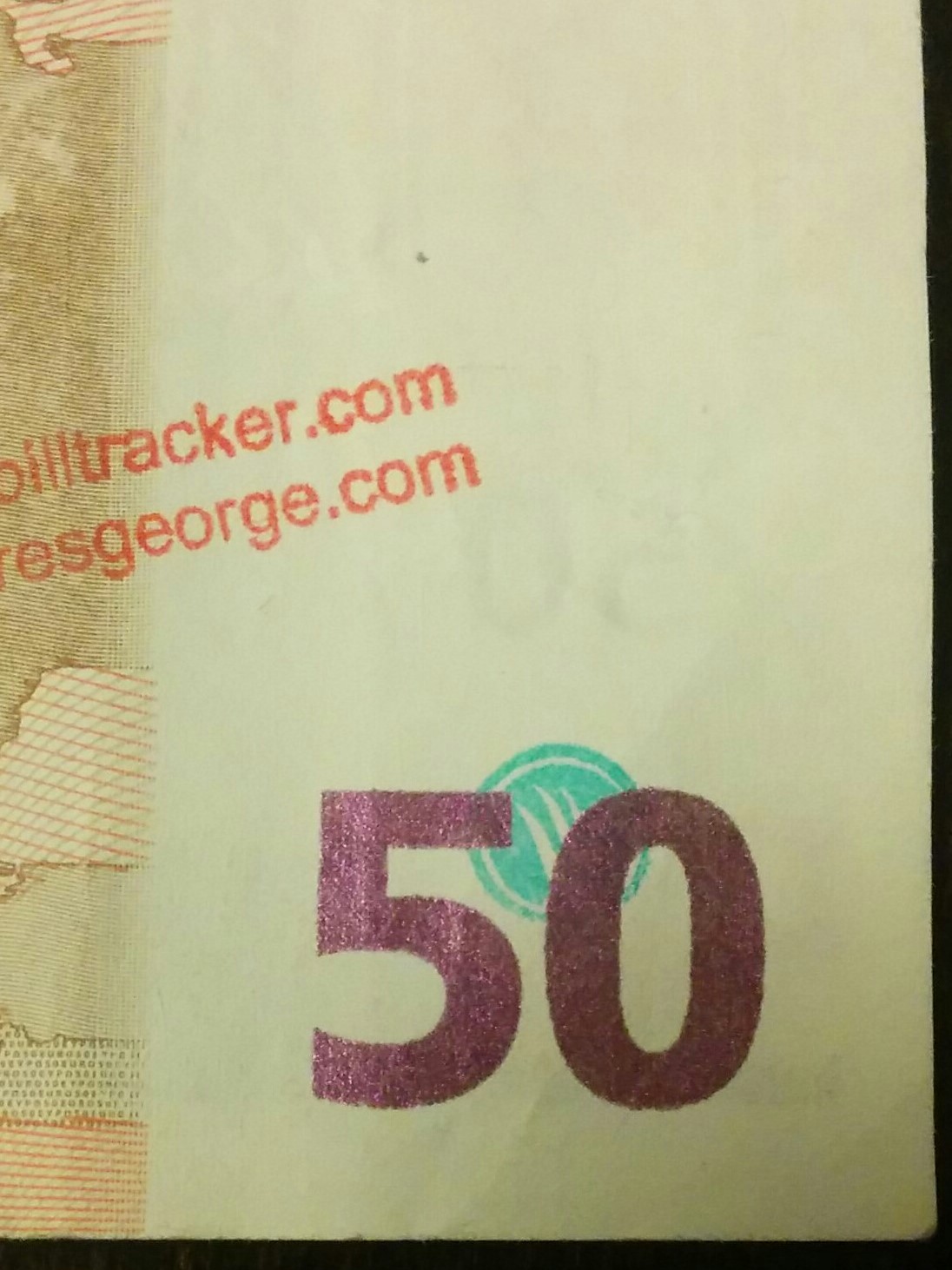 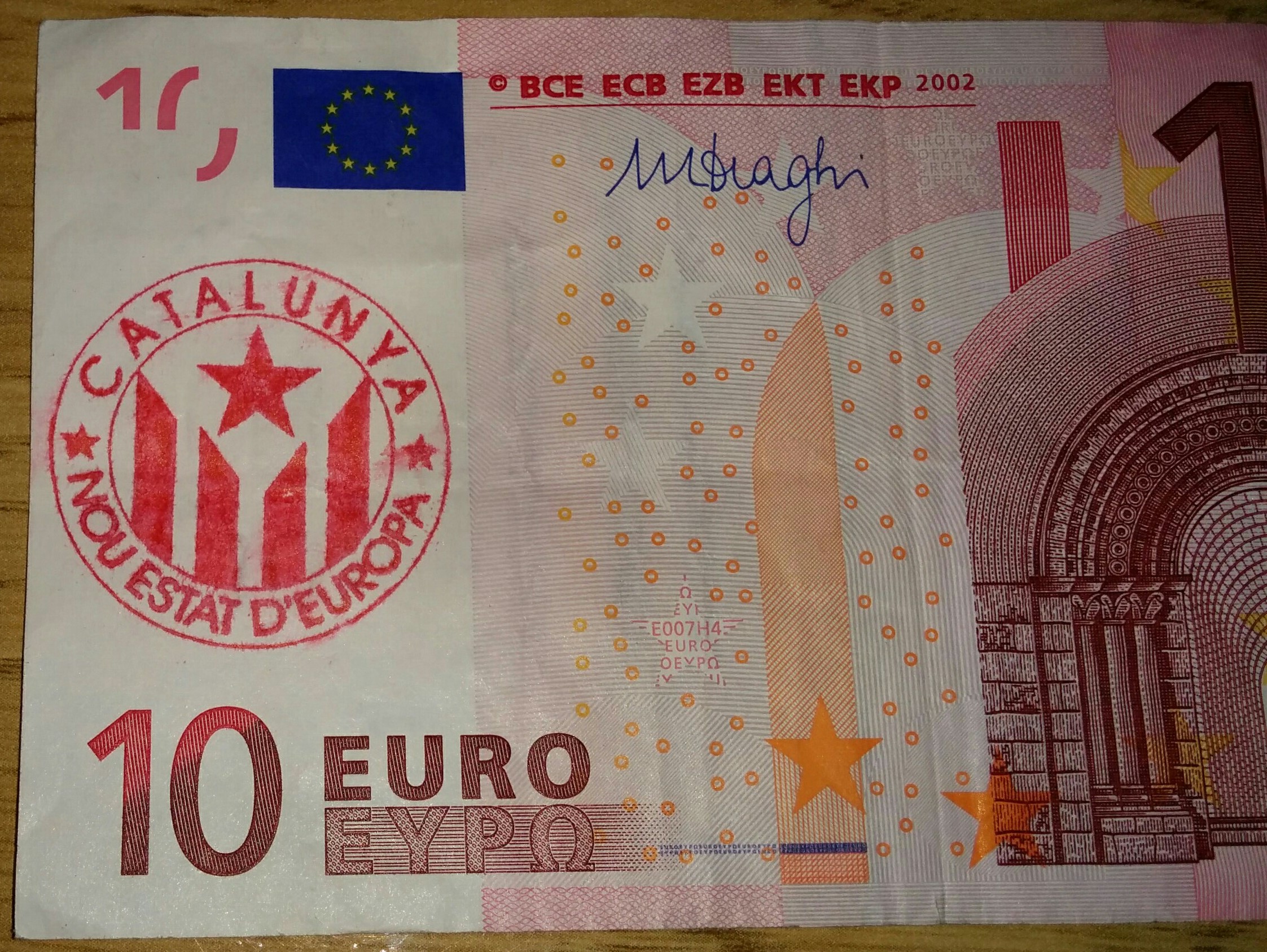 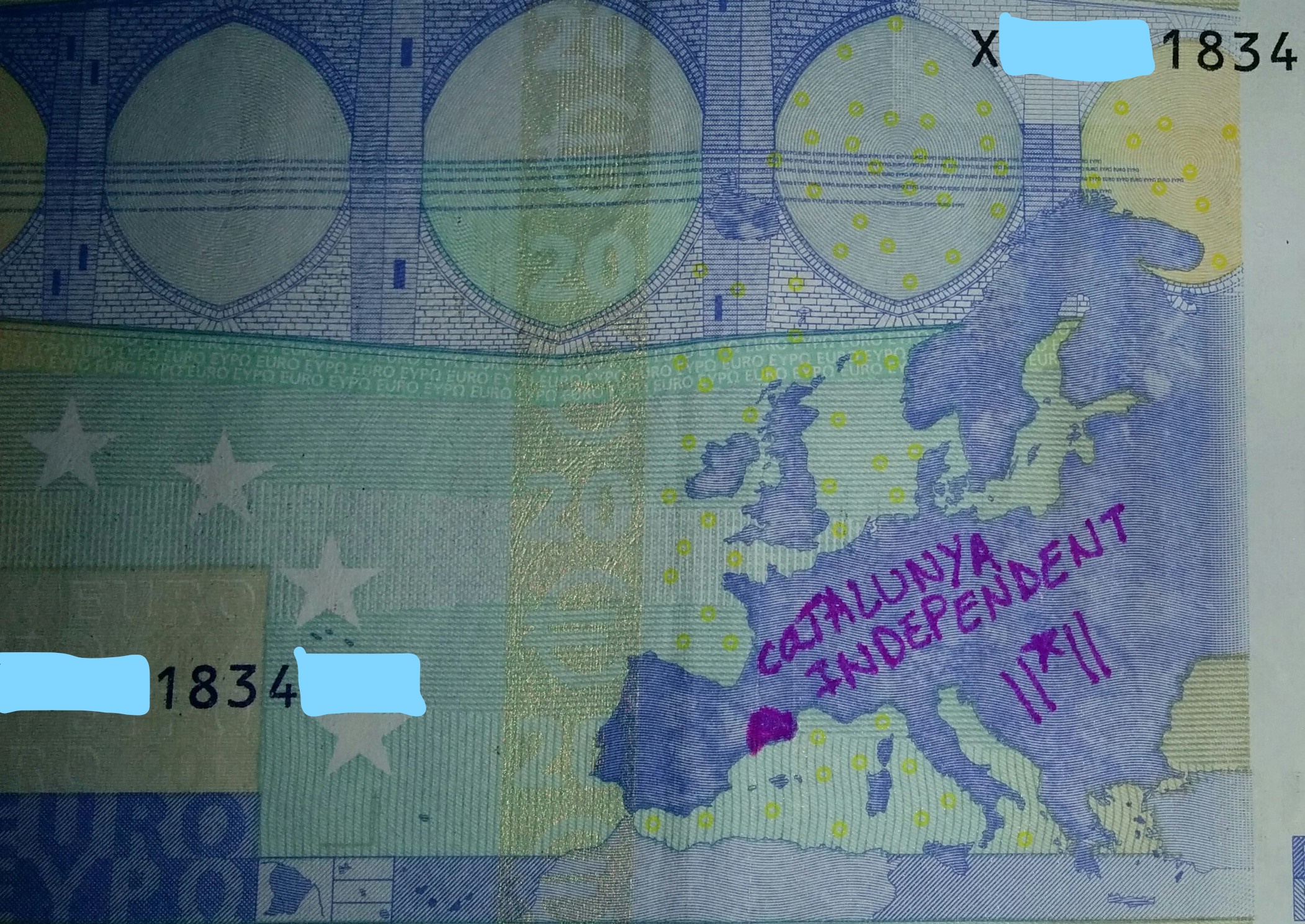 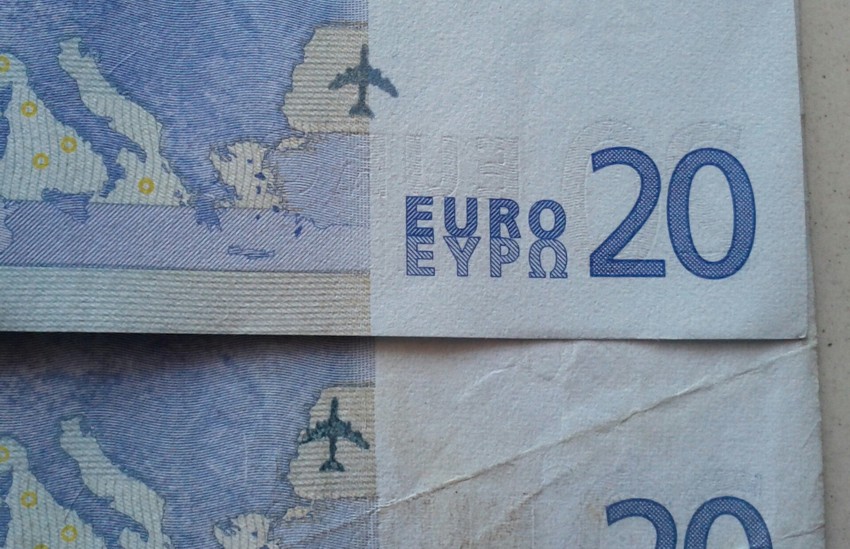 The two first photos are obverse and reverse of the same bill. One shows a big round stamp that reads clearly "AUTORIZADO ADMINISTRACIÓN", and the other seems written by someone not very skilled, "FROM ALEX FOR MY AUNT ANAJULIA WITH PEACE AND LOVE". It makes me think that at least one of them live in a country where foreign currencies are strongly controlled. The bill is one of a set of five, which leads me to think that who geve them to me is Ana Julia... 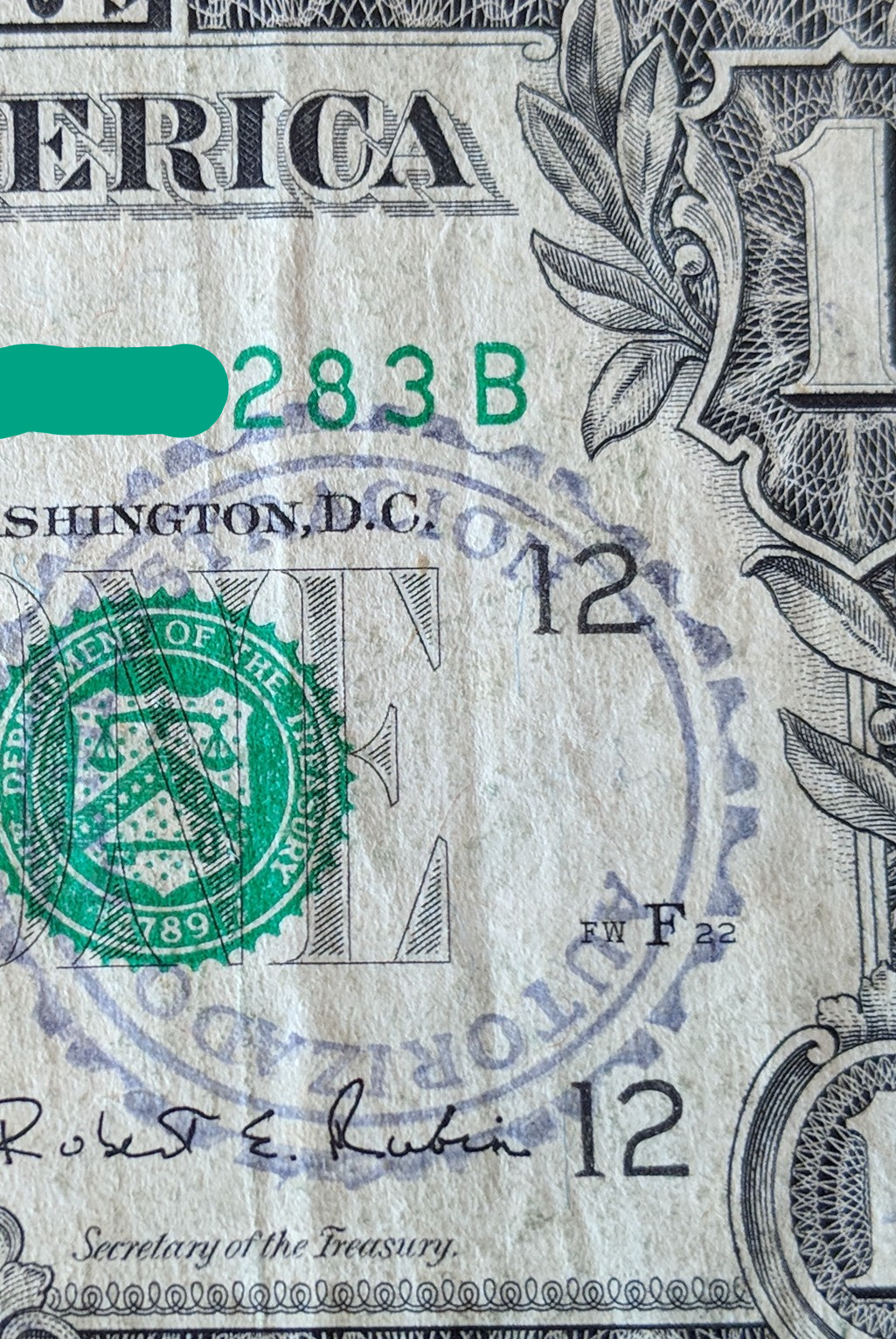 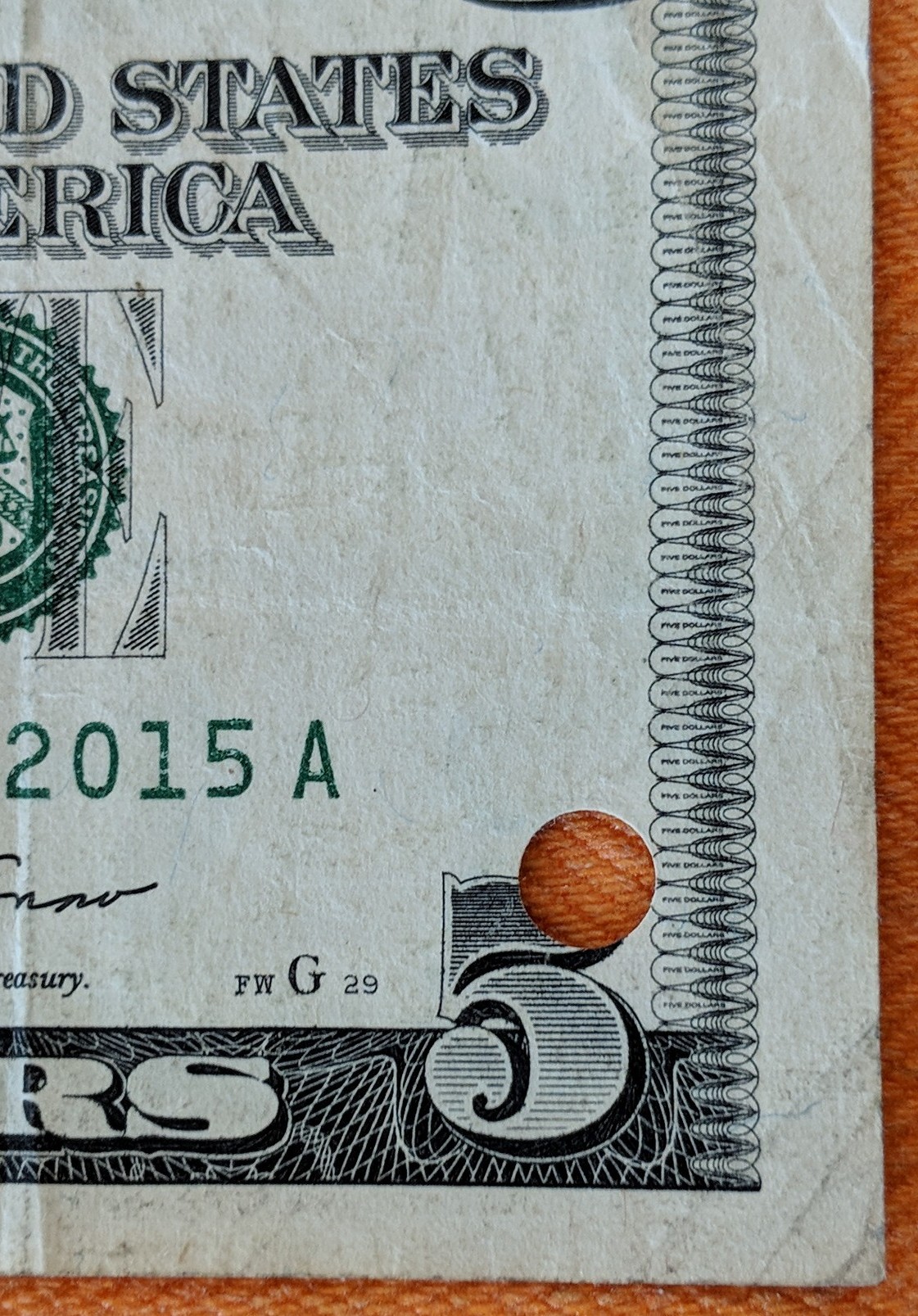 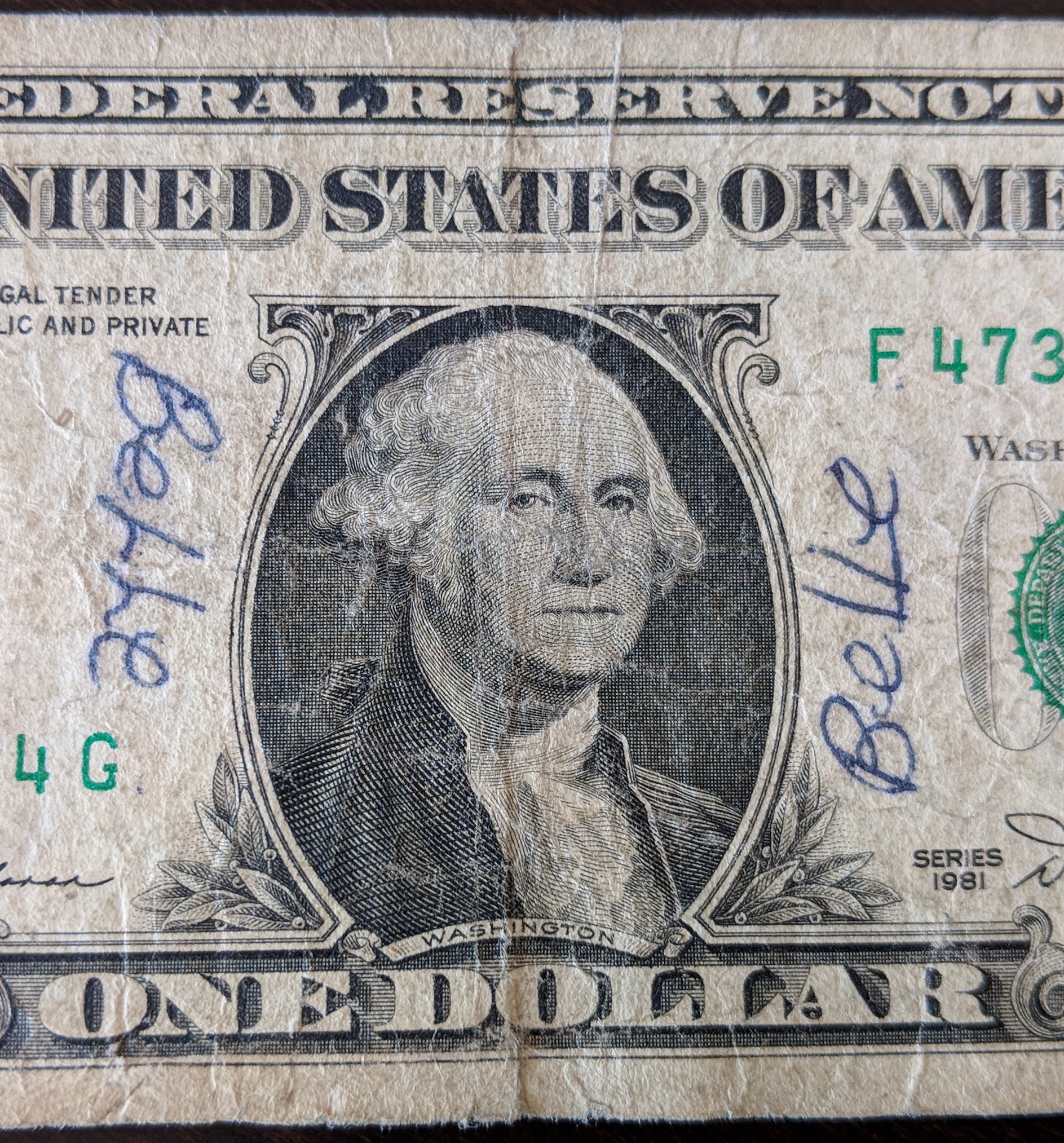 Again the two first photos are of the same bill. A 1976 2$, which suffered a few severe foldings. The creases, painted with blue and red markers on the obverse. On the reverse, a red markes used for writing "200 YEARS". 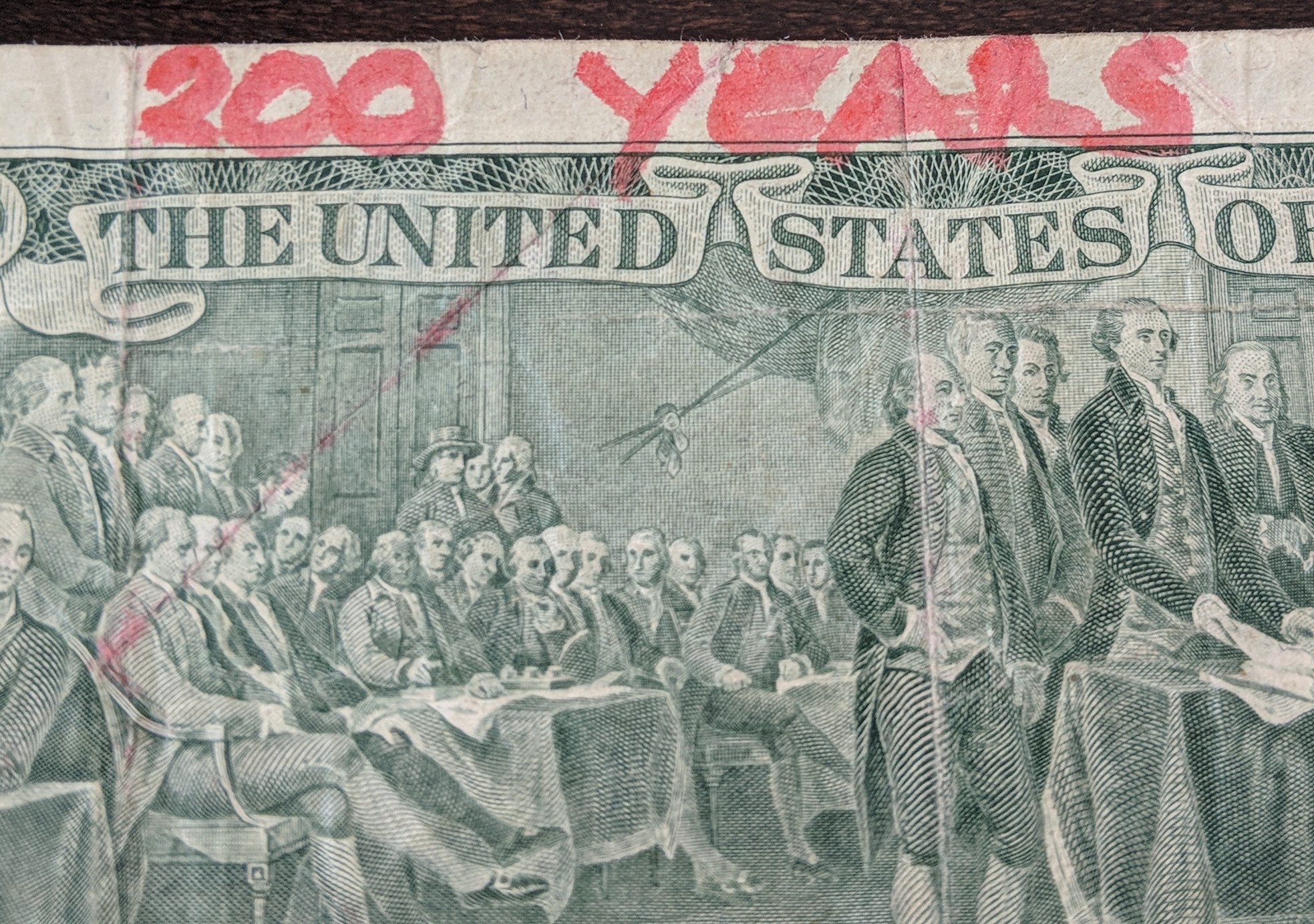 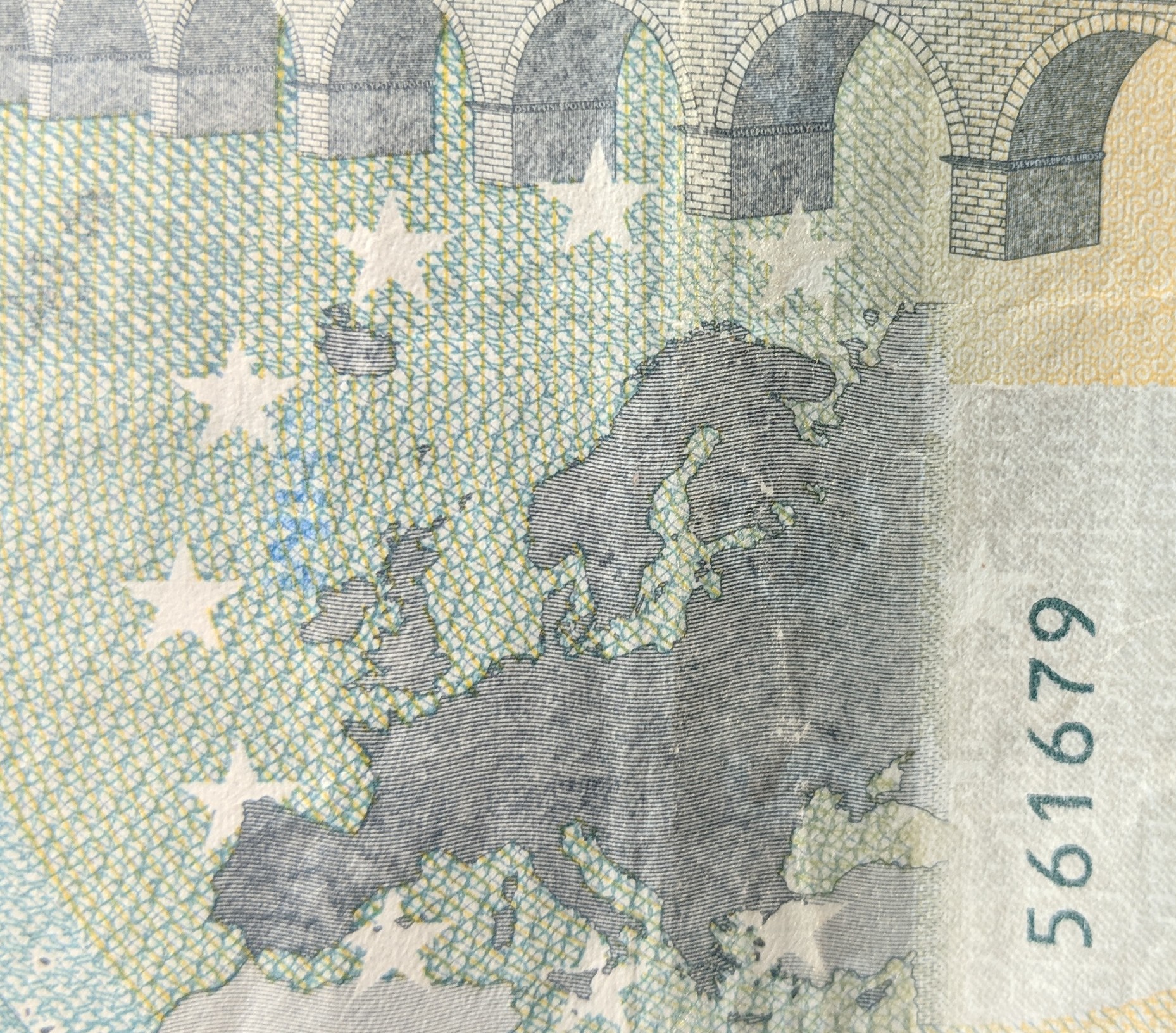 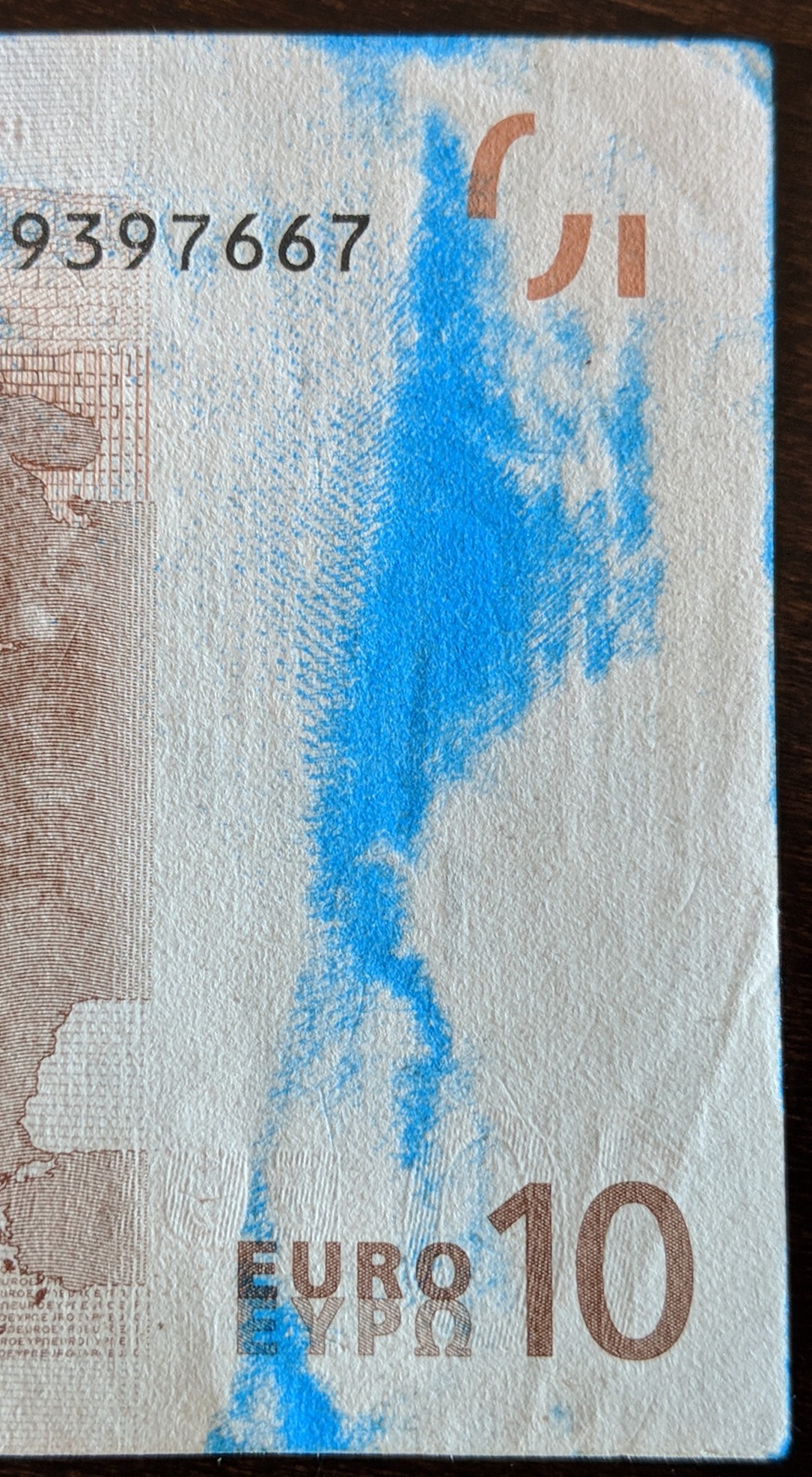 I liked this thing of uploading photos, but this one will be enough for today.

In this case, they are not of any stamps or scribbles. The three first pics are of the same banknote, wich looks like clockwise tilted printed (except for number 1, that looks the opposite because it is the reverse side). On number 3 it's even possible to figure ou the mislining of the microcircles.

The other two are simply in deeply regretable condition. But I owe to say that one day that I was ironing, I gave them an intensive steam treatement betweeen cotton tissues, wich let them in almost "uncirculated" condition, except, off course, the creases that remained marked, and the tearings that I fixed in the least invasive possible way with scotch tape. I kept them aside, to make sure I would spend them through electronic means. One went into an automatic toll payment machine in a motorway in France, and the other into the payment machine of a parking lot in Genoa, Italy, without any problem at all. 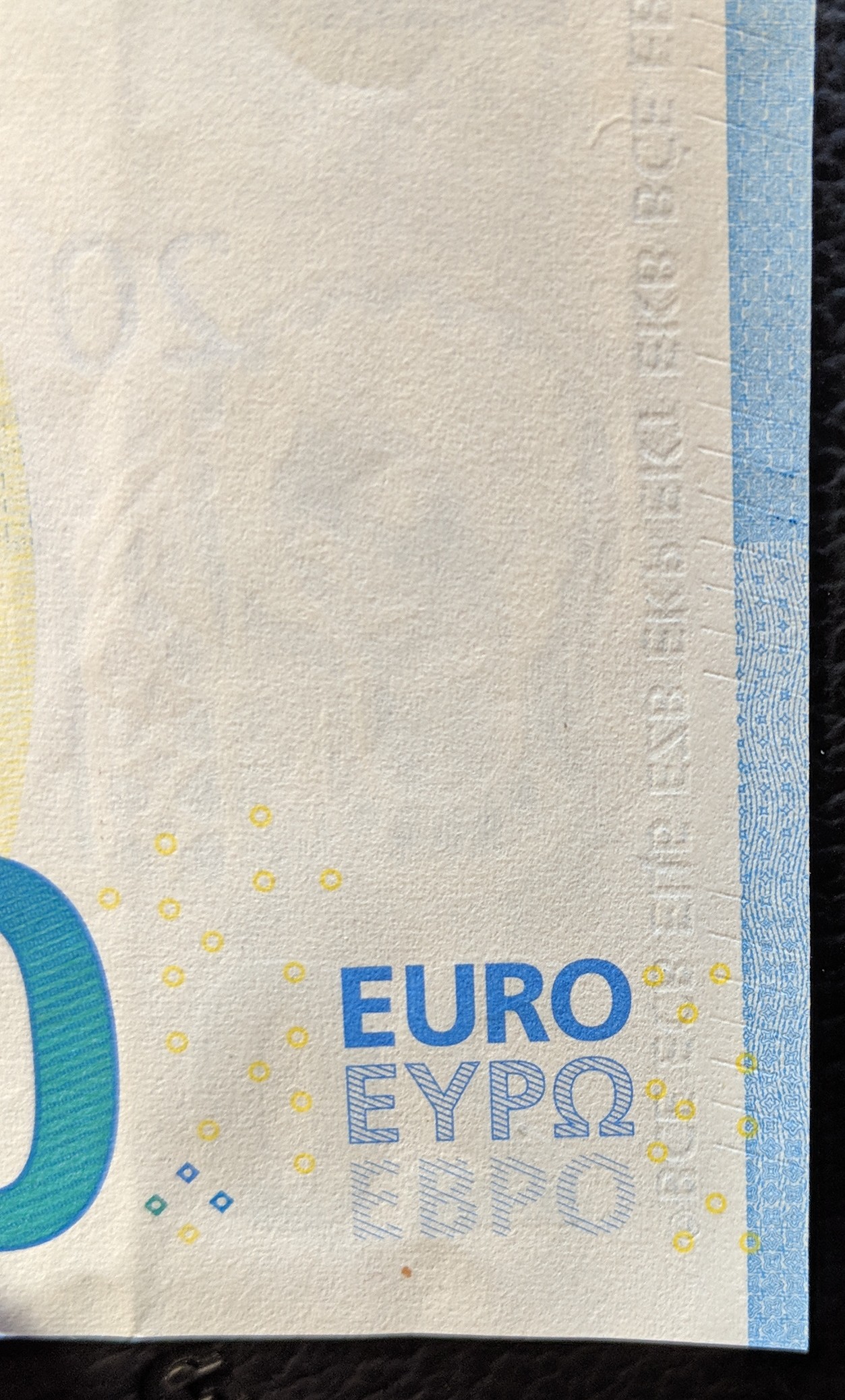 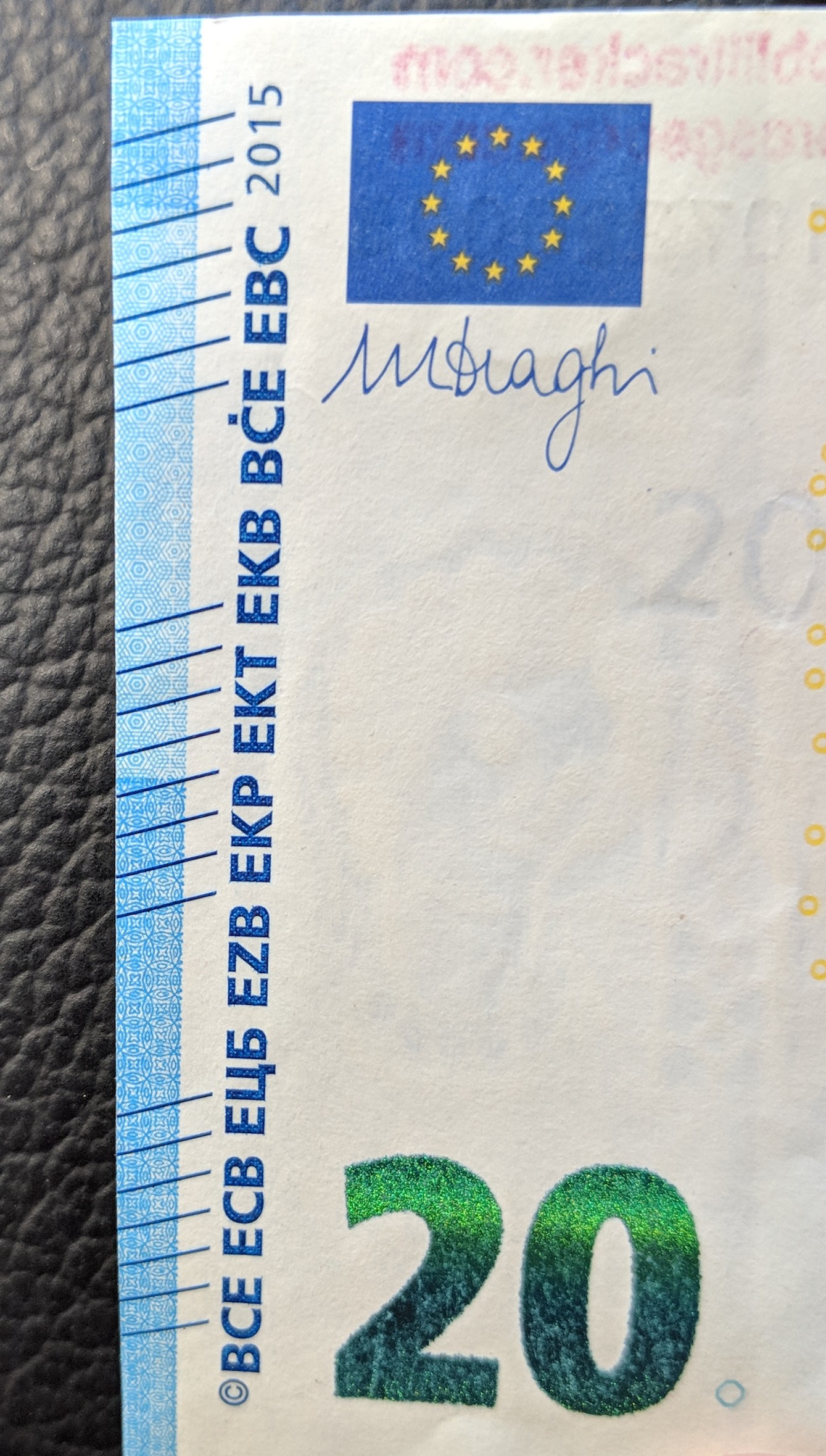 Here is another chopmark in the shape of a numbered money bag, as found before by myself and at least one other time (but I have the feeling that I have seen it more often). On the bag, the number 12 again, below the bag the number 11: 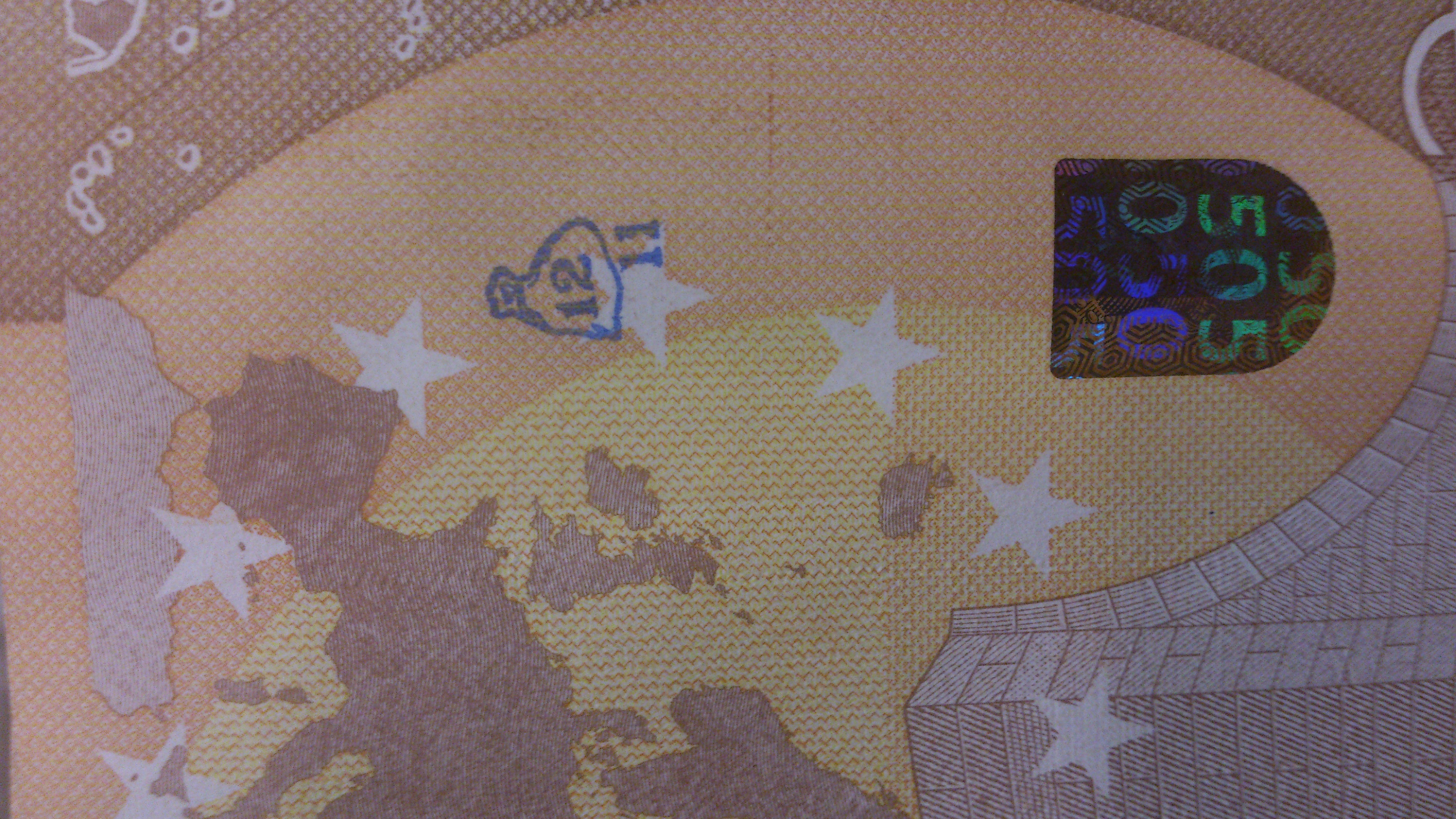 € bill got it in Monaco. 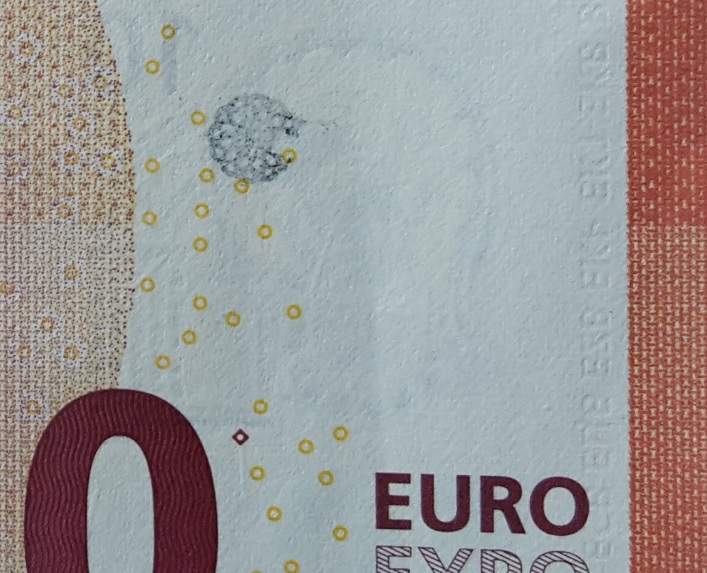 Two stamps and a sticker 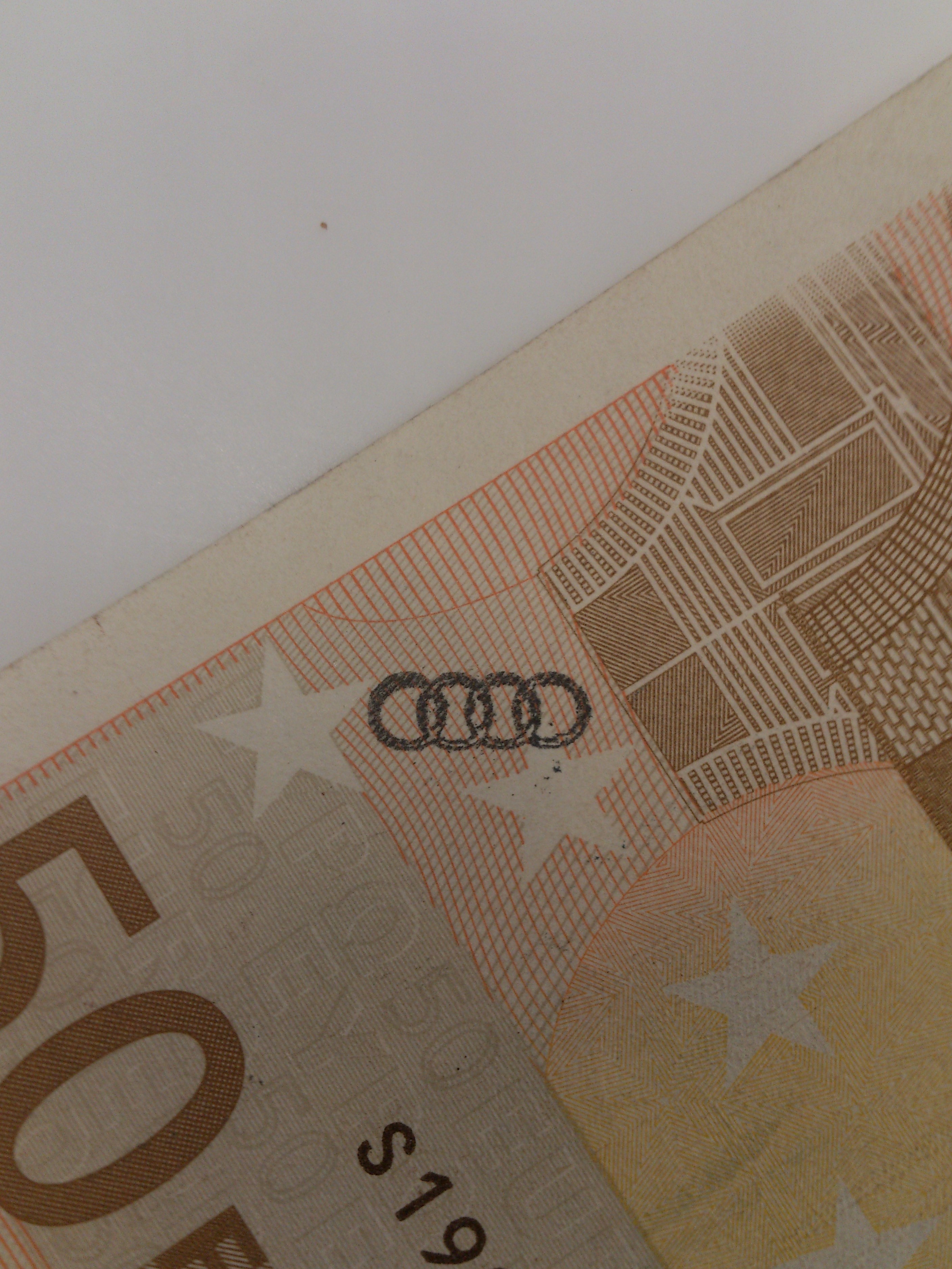 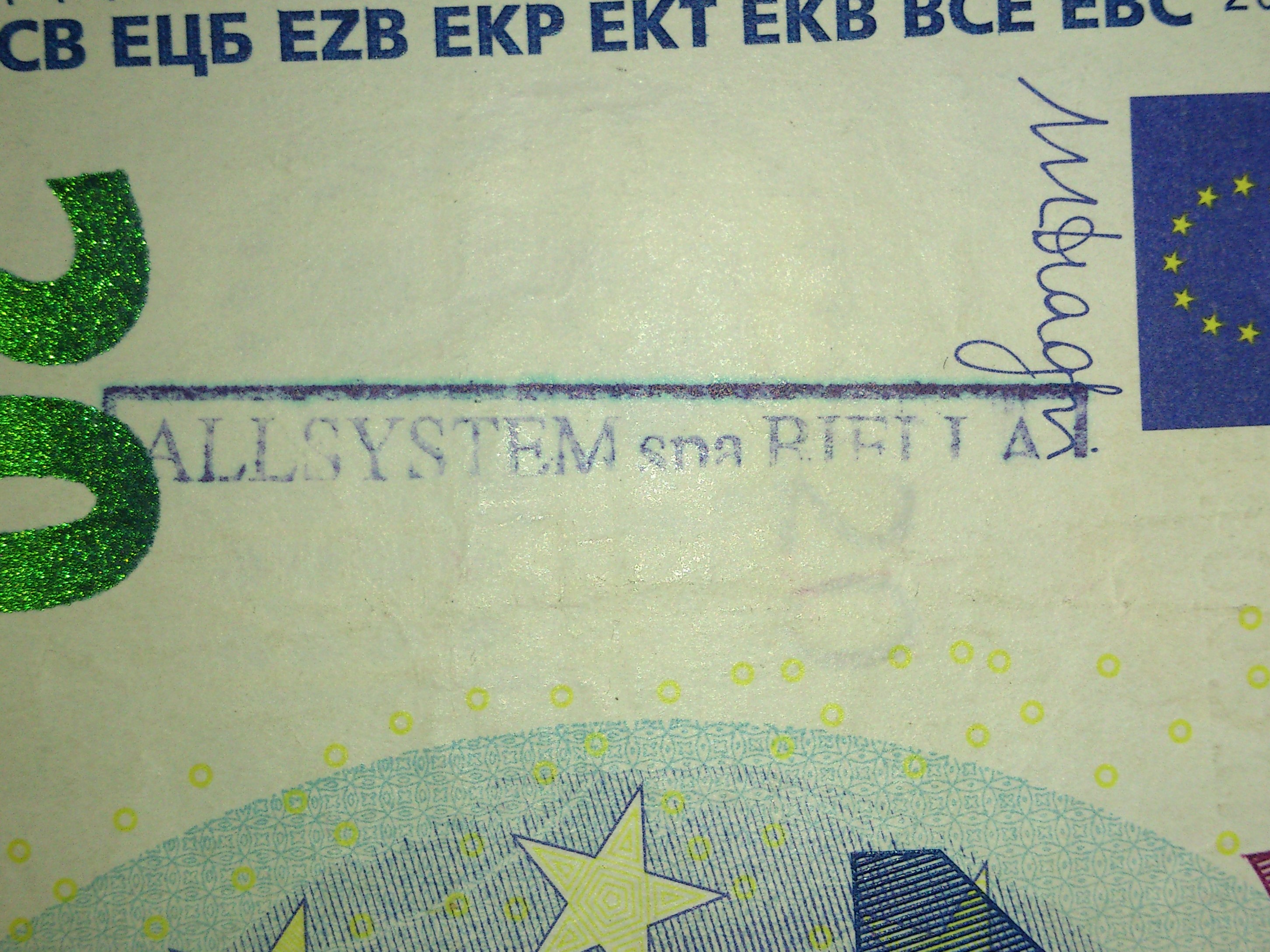 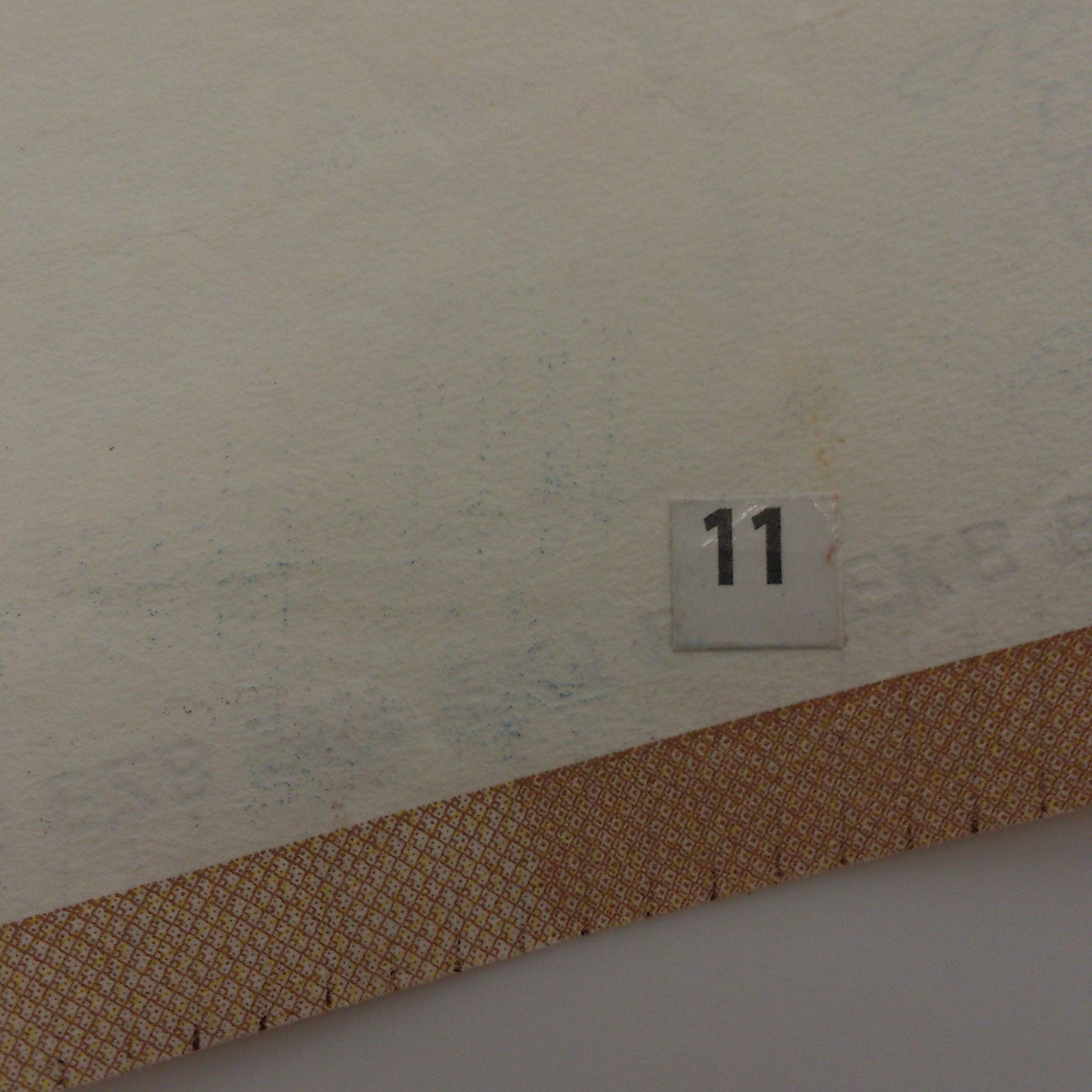 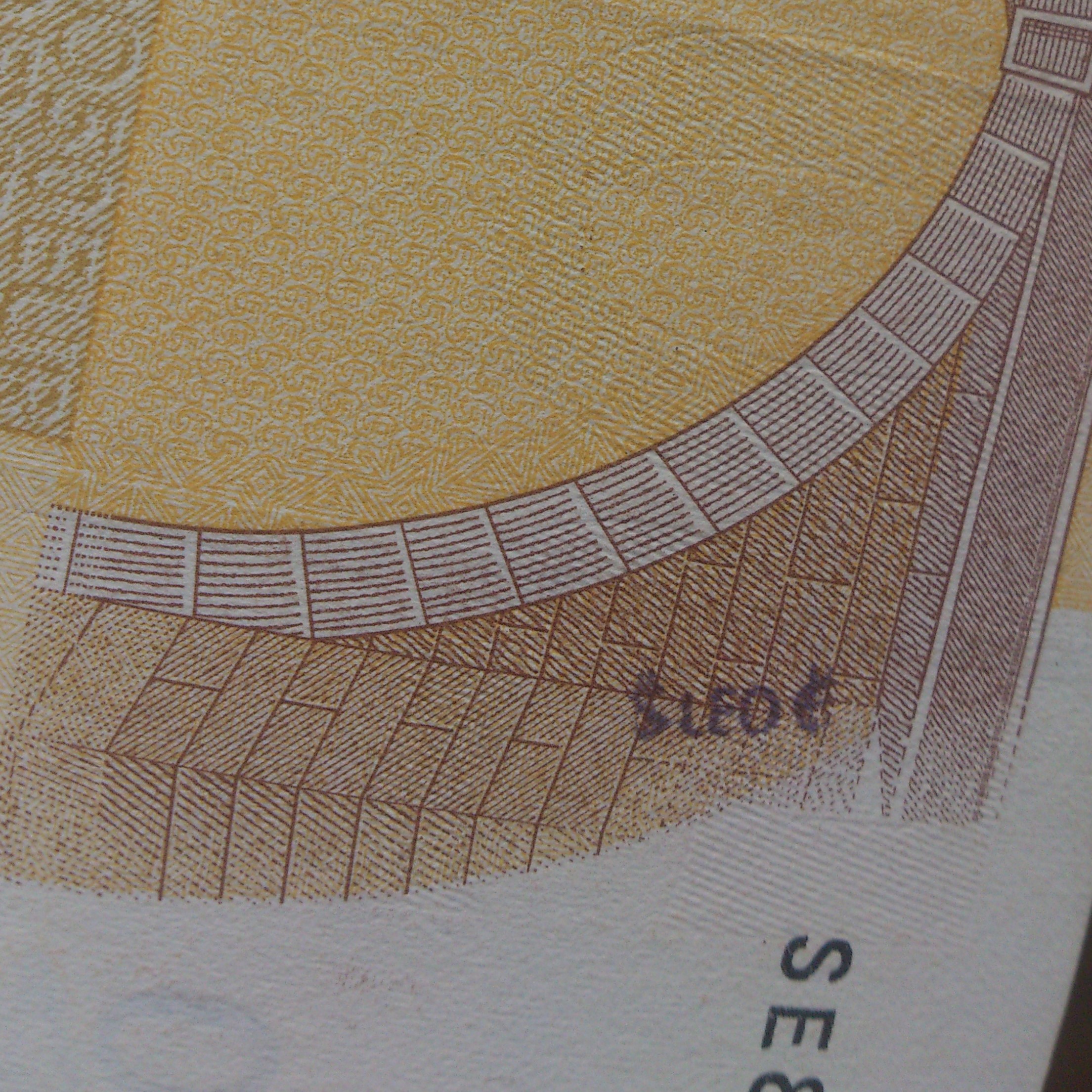 Probably a chop mark, or a million other things, but market-survey company Marktest came to mind. I know "MKT" is used as an abbreviation within the company.
O Jogo das Bandeiras

it is written : « matàam muhammad » which means : « restaurant of mohamed »
Top

it is written : « matàam muhammad » which means : « restaurant of mohamed »

A few more stamped bills from my "collection".

This one is not exactly a stamp on a bill, but a comparative of a "crisp" printing and
what looks like a "blurred photocopy" 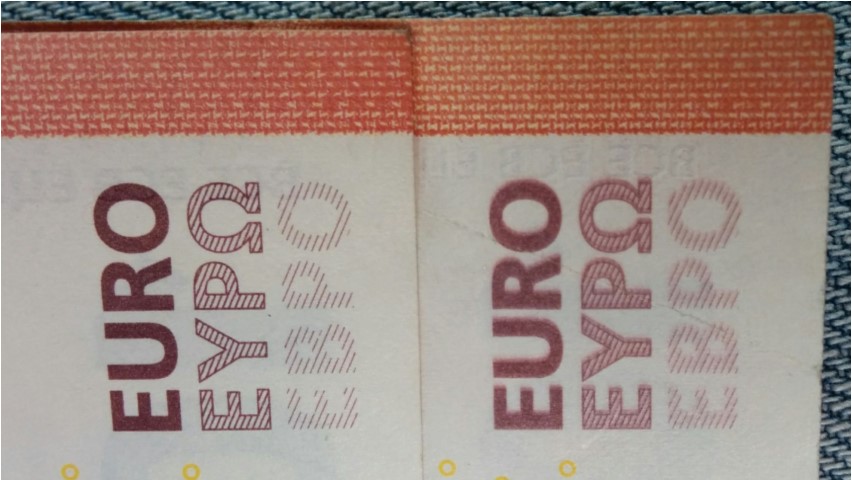 Next one is a call for an Asturian king, Don Pelayo, said to be the one who stopped the muslims on their way to the north,
the fundator of the Asturian Kingdom and the beginner of the spanish "reconquest"