A couple of days ago Theresa May triggered the article 50 and today Donald Tusk proposed the guidelines for the negotiations.

Article by The Guardian

About six months to go. I never thought it would actually take the announced two years, I figuredt that was a sort of informal deadline that could be easily met. Tough negotiations - or lack thereof is more like it, that was the truth at some points - everything at a standstill! Scotland wants a new independence referendum.

There is a growing consensus for a second brexit referendum: they will probably do it and the result will be different, after thinking about the consequences. "Exit from brexit". The real problem is whether they will be able to remedy this idiocy of brexit or if they will be forced themselves to carry it on, maybe without even an agreement (the most catastrophic hypothesis).
"Awaken, my child, and embrace the glory that is your birthright!
Know that I am the Overmind, the eternal will of the swarm,
and that you have been created to serve me."

I am quite pessimistic about Brexit.

The 3 major points of the leaving agreement are: (1) Irish border, (2) citizens rights, (3) leaving money.
Points (2) and (3) are solved, but point (1) is still unsolved and due to the puzzle composed by conflicting interests it is really hard to solve, with the serious risk of UK crashing out of EU with no agreement.

The question is very easy: UK government wants to leave from Single Market, therefore a hard border is needed. The Good Friday agreement in Ireland prevents a hard border between Ulster and the Republic. The DUP MPs prevent any kind of border between Ulster and Great Britain. Chequers plan suggest that UK will be out of Single Market, but goods circulating across UK will be divided in "suitable for being exported in EU" and "not suitable", without any border control; of course this plan was rejected by EU27 as impossible to apply actually.
On these basis, no solution is possible.

The lack of an agreement will be catastrophic for UK economy and it will bring some problems also to EU27, but until the Irish border problem is not going to be solved, no-deal-Brexit seems every day more probable.
My statistics are HERE last update 18th January 2020.
Join the European Association of Eurobilltrackers (A2E) !!!
Top 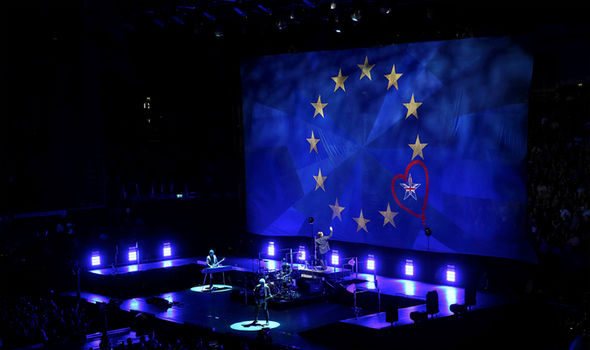 "Awaken, my child, and embrace the glory that is your birthright!
Know that I am the Overmind, the eternal will of the swarm,
and that you have been created to serve me."

I'd like to ask a question to our British members about something that never makes the news, the evolution of internal markets.
I remember reading, when the Brexit vote happened, a ton of somewhat alarmistic articles like this one, about the British markets (here, real estate) being very interesting for foreign buyers, mainly Russian and Chinese, after Brexit due to changes in the exchange rate of the GBP.
So, if some of you live there, have you experienced such changes? Have you noticed radical variations in some markets (be it real estate or something else, fuel, cars, consumption goods...) since Brexit, and was it good or bad? I'd like to ask directly, since news articles about this topic are as scarce as they're biased, making Brexit looking like either the greatest victory for the UK since the Battle of Britain, or like the dawn of the British civilization; no middle ground.
Top

So things really sped up since I bumped this thread a few weeks ago. Nothing like time pressuring you to make things move a bit faster.

And just when it all seemed done and dusted...

So far things were predictable, now the real game opens up.
"Awaken, my child, and embrace the glory that is your birthright!
Know that I am the Overmind, the eternal will of the swarm,
and that you have been created to serve me."

It's been Big Day after Big Day, it's getting old.

And so, March 29 has come and gone. Just felt like writing something here today. What a truly remarkable process (not in a good way, of course).
O Jogo das Bandeiras

Will the United Kingdom of Great Boris finally get its way??
O Jogo das Bandeiras