Forum to discuss all the international EBT-Meeting topics

It might be very soon to you (the Winter meeting 2019 hasn't started yet), but some may already be thinking about the Summer EBT Meeting of this year.

In this topic, you can volunteer to organize Summer EBT Meeting 2019. This topic will be closed on 7th of April 2019 (around 17:00 GMT / 18:00 CET / 19:00 EET), so the BoD can start to discuss about the candidates in April. But advice: don't wait until end of March with discussing and to look for possible volunteers with organizing, you might be ending the only organizer.

To avoid problems with the time for organising the Winter EBT meeting 2020, the BoD wisches the Summer meeting to be organized not too late.
The period suggested would be in the summer (from July to September), with the suggestion of August.

for this year's meeting place. Last time the S-EBTM has been in Turku in 2014, so I thought that the notes used then, have had time to spread around the world (well around Finland at last

For the timing of S-EBTM I've been thinking weekend between 2 and 4 august 2019.

Feel free to comment and discuss about the dates and this idea.

Hope to see you in Turku this summer!

I m not able to suggest Paris, France

I could help if possible
Jack
.
Top

Personally I'd like to have a meeting in France, indeed Paris would be great. I think we'd go if it would be possible. But I think there are also many other nice cities in France - what about Lille? Maybe with a final point in Arras?
Top

I could help if possible
Jack

And the Meeting in

But...Why not a meeting in

I would also suggest a meeting in

It has not neccessarily to be Paris, there are a lot of interesting smaller cities: Lille, Calais, Dunkerque, Amiens, Reims, Caen, Avignon, Dijon etc....


Can we move it to the weekend of the 25th of may then?

We've also been thinking about Kosovo. Very interesting on monetary level, maybe not so much on the tourism level.
EuroBillTracker pages, NIG statistics, EBTST statistics
Top

Last night the Summer Meeting has been discussed in the Board.
There are still some questions.
To give anyone good chances, there was decided to extend the deadline until next boardmeeting (which will be at May 19th at 19.00 CEST)

So, if you want to nominate your/a city, you still can do.

Hello,
philgelico and I would like to candidate Lille

for SEBTM 2019 on 24th and 25th August
Lille is placed in center of europe and is an attractive tourist place.
last meeting in

kbc/cbc or Bpost ATM are very close and Lille has its own casino.

cheap accomodation is possible with youth-hostel
airport are CDG BRU and CRL then flixbus or train (early booking will cost for return ticket less than 20 € by bus or 50-100 by train)
then you can stay in Lille to attend International flea market named Braderie de Lille which take place on august 31. It's spread over 100 km with 10000 sellers and 2 millions visitors
OR
back to paris and have great time

To give everyone view what it would be like in Turku, my plan for S-EBTM 2019 program is:

Friday:
c. 15.00/16.00 visit to Turku Cathedral. After cathedral we continue to some bar/restaurant according to general opinion.

After dinner we do something exciting to celebrate Euro 20 years

Hello,
philgelico and I have candidated Lille

for SEBTM 2019 on 24th and 25th August (to be discussed)
Lille is placed in center of europe and is an attractive tourist place.
at this time you can see our country following 14th international marathon between Lille and Musée du Louvre-Lens
https://openagenda.com/metropole-europe ... 14?lang=en
Live on tv here :
https://france3-regions.francetvinfo.fr ... 67539.html
ANd the winner is Langat 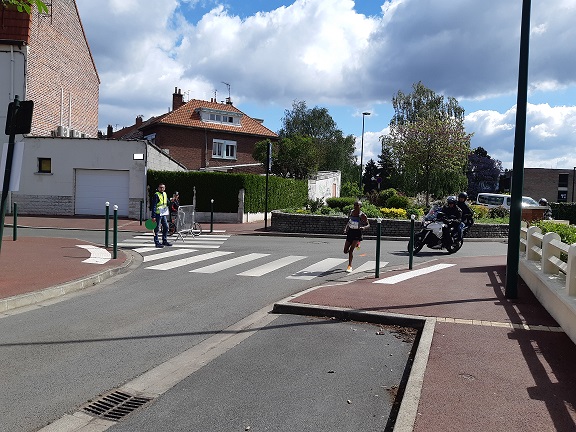 Note this photo is taken in front of my garage at three km from finish line
it's my house
Phil & Jack
.
Top

The deadline for nominations is over.

We have nominations from Turku and Lille.

Discussed in the board meeting: both nominations are valid.
Because both cities can organize the Summer meeting, we decided to let you choose where the meeting will be held.

You can vote for the city in this topic.
For the record: once voted you can't change your vote anymore.

The time to organize will be rather short, therefor this poll will only last for two weeks (so ending on 2nd June).

After that we know where to book tickets to

The voting is over.

Congratulations goes to Lille: they'll be privileged to host our visit.