Hello
has anyone found coins from 2012?

I bought a roll of 50x2€ "10 years euro" (de-F) and will put them into circulation
Joshu, a Chinese Zen master, asked a cow:
"Do you have Buddha-nature or not?"
The cow answered: "Moo."
Top

Thanks for putting them into circulation!

Not yet, but I hope to find all the

ones in circulation soon

Is it actually true that there will be a special coin collection of the Olympic Games this year?
I got one of the preowned watches commemorating that event.
Last edited by banky on Mon Jan 23, 2012 6:07 pm, edited 1 time in total.
Top

banky wrote:Is it actually true that there will be a special coin collection of the Olympic Games this year?

It's not commemorating the Olympic Games, but the 10 years of the Euro-coins and banknotes.

However, if you are interested on some sort of Olympic issue, last year there was a coin which commemorated the "Special Olympics of Greece" (which is not the same as Olympic Games, but it is somehow related). Obviously, the issuing country was greece.

Oh, thanks for the information. Yeah, I have a weakness for coins commemorating sports events of every kind.

banky wrote:Oh, thanks for the information. Yeah, I have a weakness for coins commemorating sports events of every kind.

Then you may also like the commemorative coin issued by Italy in 2006, which commemorated the winter olympics in Torino.

I see in Kaufland-Residenzstraße in Berlin, lot of 2€ commemorative Coins....
but my friend pay with EC-Card... Stupid Boy ..

50 cent
I reject your reality and substitute my own.
Top 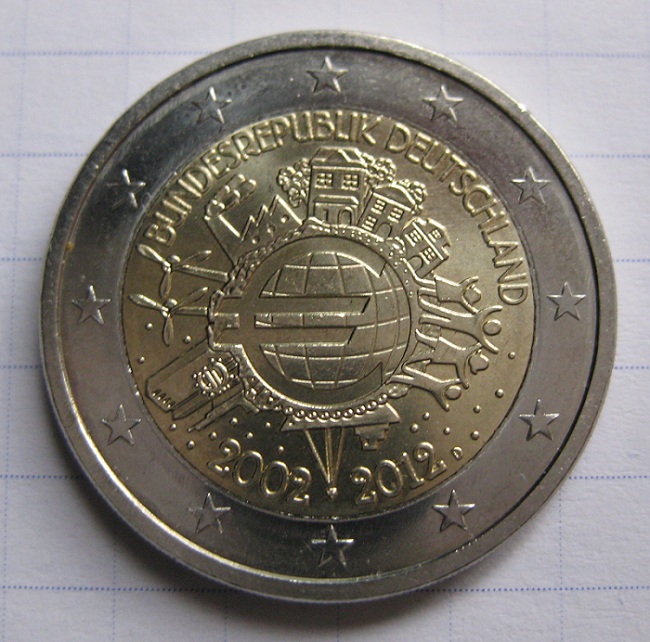